Snapchat’s New Location Sharing Update: What It Is and How To Keep It Safe 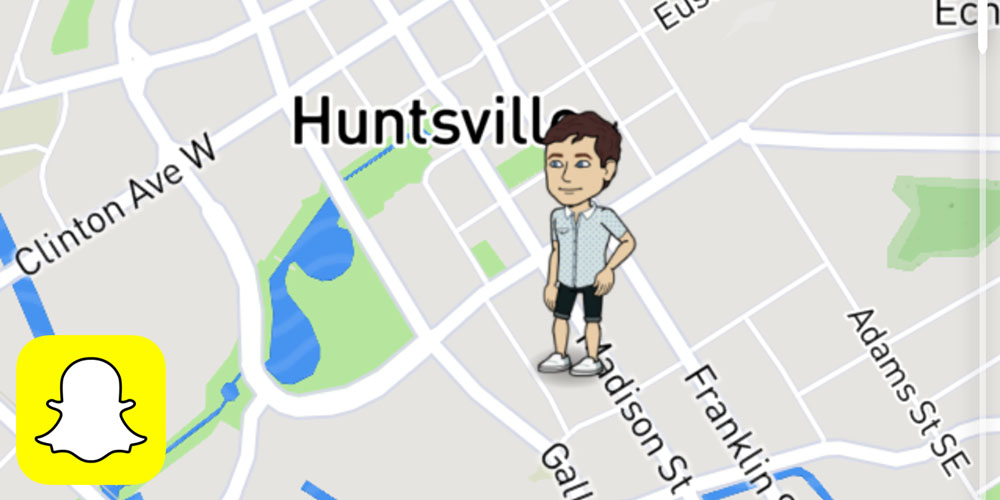 This past week, Snapchat unveiled a massive new update which now allows users to track friends in real time.

The feature works fairly simply but also has an elaborate use case.  It tracks your location, publishes it to friends, allows you to see where your friends are currently located, and allows for an easier way to see publicly published Snapchat stories on a local map.  In the case of the screenshot here, you can see me located at our WebDetail office on Madison Street in Downtown Huntsville.  Hotspots are indicated by a heatmap on the map, which will show popular events like concerts or ballgames.

As is typical with technology that publishes sensitive personal information, the update has also met some resistance.  Viral social media shares have warned about the danger of publishing location information, informing parents of younger Snapchat users of the potential dangers of the functionality.

Features such as Snapchat’s location map have become commonplace amongst many social platforms in recent years.  Similar functionality is also available natively in iOS’s Find My Friends app, which serves much of the same purpose.

While there are some potential physical security risks, there are also a lot of positive use cases.  Friends can coordinate meeting times and places, spouses can see when each other are on the way home from work, and parents can track the whereabouts of their teenage kids.

Making the feature safe and productive is an easy fix that takes just a few settings adjustments.  In the case of Snapchat, there is a gear icon in the top right corner of the screen that makes the settings accessible.  From there, a user can select only specific friends who are able to track a location.  The user can also enter “Ghost Mode” that makes it temporarily possible for no one to track the location.

These types of information sharing apps do have a fair share of risks, but the collaborative information shared amongst family and friends make them exciting additions that are worth exploring after ensuring the correct settings are in place.