How Much Money Should I Spend On Facebook Ads? 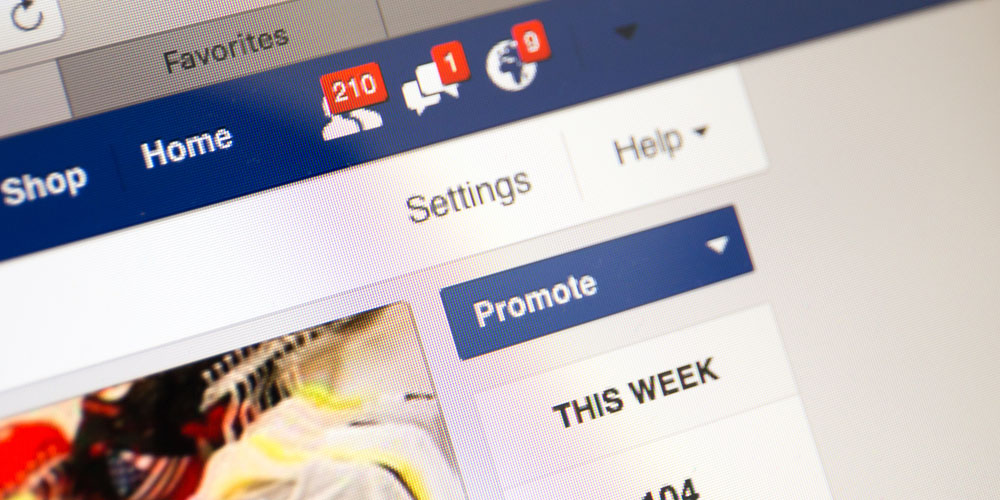 Could you imagine spending several months writing a novel and having a well-known journalist review your book? You are going crazy waiting for him provided you with praise or criticism. After a few weeks, you finally receive word that your novel is wonderful, but he cannot go public because he will be retiring within the next two weeks.

Since this journalist is the toughest of them all and has let you know that your novel is one of the greatest that he has ever read, you know you have a masterpiece on your hands. However, since he won’t go public with his review, how in the world are you supposed to move forward with promoting it?

This is incredibly upsetting news. It is also a major issue for you. It is also a huge issue that exists in the social media world today. Fantastic content is constantly being created by users, yet no one is seeing it because there is no solid strategy formulated in order to promote it.

One of the primary reasons that there is a decrease in reach is due to the decline in organic posts for businesses on Facebook. Many nonprofit organizations have begun referring to the organic decline on Facebook as “catastrophic” as they watch their visibility vanish away.

Facebook can be an excellent source of traffic to your website with the ability to increase awareness for your brand and generate leads. If you have the funds available, begin investing just $10 on a weekly basis into Facebook. If you don’t, who is going to see your masterpiece?

Here are 10 simple reasons why that $10 will make a difference for your business:

It’s one thing to receive a lot of likes and comments on Facebook when you post a picture of an adorable dog. However, it is a completely different thing when you are able to drive high-quality traffic to your business website via social media efforts.

Facebook reports that pages have the ability to organically reach roughly 16 percent of their fans. If you decide to “boost” your post, you can reach even more followers as well as their friends. When you do this, and do it cleverly, there is the chance that users will opt to share your post, which results in a much larger reach.

If your primary goal is to generate traffic to your website, then you will want to look for a specific option called “Drive Traffic to Your Website” in the advertising portal on Facebook.  Your campaign will be optimized in order to get more individuals to your website.

It is important to note that MGM Resorts would have never realized the aforementioned success on social media without their Facebook advertising campaign.

If you own a store that sells baby clothes, then you want to make sure that you are promoting posts and targeting mothers and fathers with children between the ages of zero and two years old, which is your specific demographic.

You must be able to determine your target demographic and then create content that is compelling or you won’t ever see quality traffic coming into your site.

You will want to take advantage of Google Analytics in order to see how much time each user is spending on your site. Don’t forget to setup the conversion tracking on Facebook, as this will help you see if users are reaching the end goal. If users are not remaining on your site or conversions aren’t being generated, then you need to start back at the beginning in terms of strategy.

If you aren’t using at least $10 to promote your Facebook posts, it will be difficult to generate high-quality traffic for your business.

Would you hire someone well-versed in social media for $40,000 so that they can develop interesting social media content for your company yet not give them a penny for their advertising budget? Of course not, because the outcome would be disastrous. It would be a riduclous hiring decision on your part.

A huge mistake that many businesses make is investing in resources for creating content, yet failing to have money or strategy to back it up.

If you have a weekly budget of $10, then you will be able to test what’s working and not working on the social media channel. You won’t have to worry about wasting hundreds of thousands of dollars on Facebook advertising. If your advertisement isn’t a success, you will have only wasted $10.

As you begin to see positive results with your $10, you can slowly increase your advertising budget.

Start off with an undeniable strategy and a single weekly post with your $10 ad spend. Keep detailed notes of what is and isn’t working. Continue to work on your campaign until you see positive results.

In the past, we have run experiments with posts on Facebook. The posts were similar, but they each had different advertising. One had no promotion at all, while the other had $10 advertising. The one with the $10 ad spend had a targeted audience and ended up reaching nearly 150 times the number of people as the unpromoted post. The post itself was identical, but that $10 budget made a huge difference.

Research has shown that organic Facebook reach is only two percent of fans, which is that much more reason to use $10 to boost your posts.

Ask yourself this: if you are able to reach nearly 150 more people with a post thanks to a mere $10, how can you not be willing to do it?

People always say that you can’t get anything for free; however, this isn’t entirely true when it comes to social media.

Kiss Metrics reported that over 30 billion posts are shared on Facebook on a monthly basis. Once you begin advertising your posts, you can get on the same bandwagon. You can enjoy a far greater reach as well as increased visibility, which will help you brand in terms of exposure. Eventually, since your posts will show up in more users’ news feeds, more people are going to share your content – just make sure that you are creating content that is compelling and worth sharing.

The sharing element is the best part of social media. As long as you have great content and you have the budget (even a small one), there are endless possibilities. The larger of an audience that you can build, the greater the chances of more social shares.

Some individuals may be focused on driving additional traffic to their blog, while other individuals could be more focused on attempting to generate additional sales from social media. If you have loyal fans on your social media page that are advocates of your brand, and you promote a post for $10 to this particular audience, then the majority of them will see your message – and assuming that the offer you are providing them is good enough – and make a product or service purchase.

When using Facebook advertising, MGM Resorts realized a three times return on their advertising spend. While they are indeed a large brand, MGM Resorts made a fantastic offer to a specific audience and were able to reap the benefits.

Prior to attempting to make a sale, there are many tips that are offered on Facebook that will assist you in defining goals, measuring advertisements, tracking conversions and getting creative with your content.

Once you have deliberated your campaign objectives, you should consider offering a special promotion only to your Facebook followers for only $10. Make sure that you track the sales that are made from this promotion. Trust me, you will positively surprised by the results that are achieved from this strategy if it is executed properly.

Each week, you will want to primarily focus on the promotion of a single piece of content. Make certain that the post that you decide to promote each a good one. This is to ensure that you are getting the most bang for your buck. Rather than creating several mediocre Facebook posts over the entire week, put all of your effort into a single post that is relevant, informative and compelling. You will promote this one, which will help get it some traction. In the end, you will wind up with far better results.

When using $10 to promote your post, you need to consider how you will capture the lead so users will enter their contact information or make a purchase. There are a few sites that you can use to create customized landing pages: Unbounce, ShortStack, and Lead Pages.

It has been reported that not even half of companies will utilize A/B split testing with their advertising efforts. If you want to reap the benefits of paid traffic from social media, you need to develop landing pages that traffic can be sent to and you need to test them so that you know which ones perform the best.

What is the end result of your posts reaching more individuals and being shared? There will be more individuals talking about your business and brand. The next time that you promote a post with $10 take a look at the comments that are associated with it.

You will also want to take time to reply to those comments. This will help you improve conversion rates, which was a feature that Facebook added in May 2013.

The best way to get your users commenting on your posts is to prompt them so that they have something to say.

It can be a lot of fun participating in social media marketing, but it isn’t fun having a fantastic idea for a campaign and not having a single person recognize it.

If you use Facebook for marketing purposes, then you will definitely find more fulfillment if you begin using just $10 each week to boost a post. It is an excellent way to help give your business a much-needed boost. Give yourself a $10 weekly social media budget and it won’t take long until you begin to see a different in your marketing efforts on social media.

If you have any questions regarding Facebook or Google advertising, reach out to us at WebDetail.

Google AdWords: The Benefits Of Growing Your Business Online